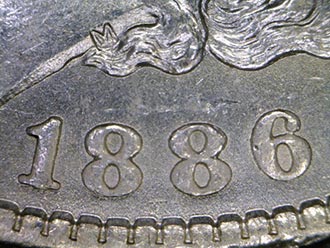 It is more than appropriate that the first coin to be featured here is the 1886-O VAM 5! Why? This ultra-rare variety is one of those highly desirable Morgan dollar varieties that most collectors have probably never heard of. And as a matter of fact, it’s more than likely that even the most die-hard VAM specialist has never held a VAM 5 specimen in his or her hands. The reason is simple: There are only two known examples, other than the original discovery piece. And that first specimen was found by A. George Mallis (Yes, of VAM fame!) and dates all the way back to July 1964.

Interestingly, it took another five decades to find a second 1886-O VAM 5 specimen. And without question, it was a "eureka" moment for this writer. At the time, the extensive listings of Morgan dollar varieties on the widely-acclaimed VAMWORLD web site included no photos for the variety, and few other details. All this should raise a "red flag" in terms of rarity, and even more importantly, the Society of Silver Dollar Collectors Registry listings, where extensive VAM population numbers are assembled, likewise showed no VAM 5's before this new one came to light. 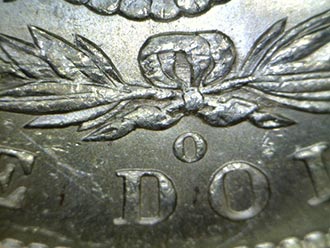 But before we discuss the variety, a word about 1886-O, which as a date, is the poster-child for what’s called a "condition census" rarity. More than ten million silver dollars were reported struck at the New Orleans Branch Mint in 1886, and most of that mintage apparently went straight into channels of commerce. Why would we think that? It's all about the fact that circulated 1886-O coins are so readily obtainable in today's market, while true Mint State specimens remain quite elusive. The values listed in the Greysheet convey the story. As would be expected, in VG condition the ’86-O is worth about the same as most common date Morgan dollars in that low grade. But then the picture changes. In each successively higher grade, the value of an '86-O dramatically increases, and by the time it reaches AU, the ’86-O is already worth almost double the common dates. But that’s only the beginning! MS60 is listed at $875 (vs. $50 for the common dates), and in MS63 its value shoots all the way up to $3000. Finally, in MS65 the ’86-O is a $145,000 coin! Don’t believe it? Check any current price guide! And so it should be noted that an 1886-O, independent of the die variety, is scarce to extremely rare in true uncirculated condition. 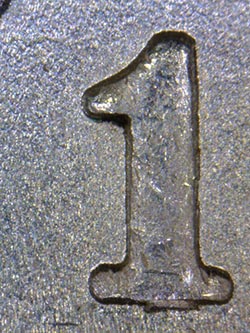 Furthermore, as every collector knows, the New Orleans Mint frequently had major problems in terms of quality control. It’s a fact that following the Civil War, the Mint was basically inoperable, and later (even when silver dollar production finally ramped up in 1879), there remained untold "ghosts in the machines." Further complicating the picture, when you consider the social unrest in the Deep South at the time, it was undoubtedly difficult to get good personnel to operate the Mint facilities. What was the result? Just look at the typical quality of silver dollars struck in New Orleans in the mid 1880’s - mushy, indistinct strikes, often with poor luster and other problems. Indeed, no one would confuse a softly struck 1883-O with a pristine 1881-S! So, we make the point that any 1886-O starts off with two strikes against it.

Looking specifically at the VAM 5, Leroy Van Allen’s VAM Book description describes it as having a "III2-3" Obverse, where a "Short stem of original 1 projects below bottom crossbar." Sounds harmless enough, but when closely examined, this projection from the bottom of the "1" in the date is unlike just about anything else in the Morgan dollar series. It’s like the stem of the "1" shot right through the bottom serif of the numeral. Talk about a Repunched Date! Van Allen further notes "First 8 doubled to lower left of bottom loop. Closed 6." But without question, it's the "1" in the date that makes this an exciting, one-of-a-kind die variety. 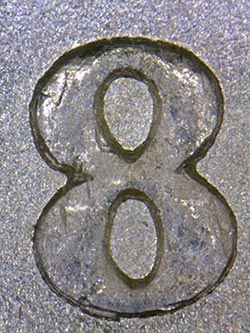 That's not all. There’s something more to this variety, which is what originally caught this writer’s eye. Because I have long been the proponent of using "die stages" terminology, versus the currently used "die states," the individual clashing events in the life of any die are particularly important in my research. Here, there is evidence of three distinct clash marks at the top inside of the right wreath. The top two are out of register, but more noteworthy, the third clash mark is significantly below the first two. Triple clashing is certainly not unheard of, but the separation alone would be unusual enough to make this variety a worthwhile target for many collectors.

So, there you have it. The 1886-O VAM 5 is a unique "Repunched Date" variety with triple clashed dies. And for decades it rarely, if ever, crossed the radar screens of VAM collectors, probably because no one ever saw one! The animated response of one specialist who wrote the current VAMWORLD listing was the following: "As of December 2012, only one example of this coin was known. The location of the discovery piece and the plate coin was not known. This coin has been searched for nearly 50 years by several dedicated VAM collectors with only one example to show for the effort." And he concludes: "Finding one of these would be the highlight of any collection." We certainly won't argue with that!

All rights Reserved © 2018 Jeff Oxman • August 2018
No part of this writing or presentation may be reproduced by any means without the written consent of the author. 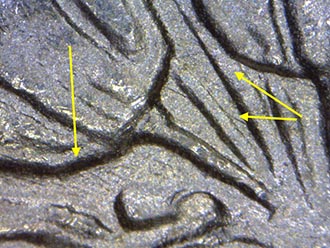 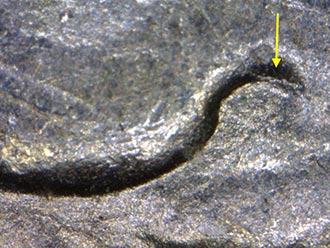 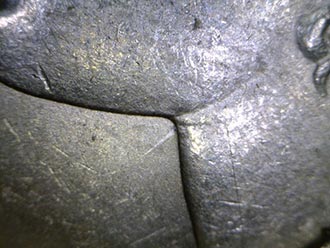 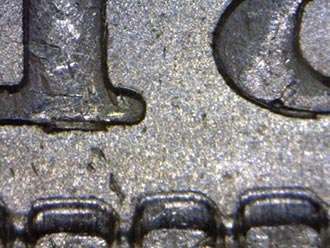 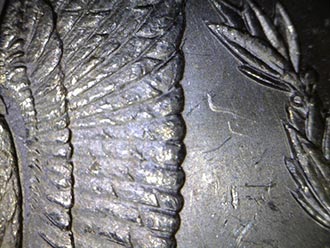 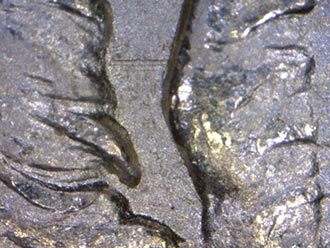 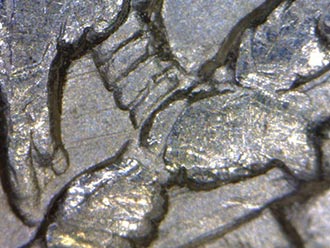 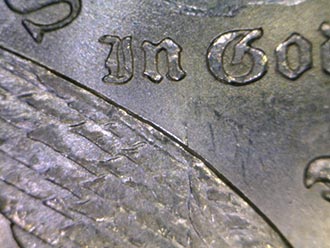